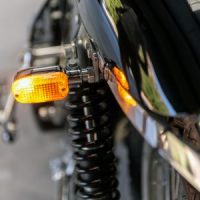 Motorcycles have lots of benefits. Safety isn’t one of them. The motorcyclist fatality/serious injury rate is 400 times higher than the vehicle occupant fatality/serious injury rate. Many of these fatal and serious injury wrecks happen when a tortfeasor (negligent driver) tries to turn left against traffic, doesn’t see an approaching motorcycle, and turns directly into the rider’s path. Additionally, most drivers quickly accelerate into these turns. So, the tortfeasor may be traveling at or near top speed at the moment of impact.

Arguably, these drivers deliberately ignore motorcycle rider safety because they are in such a hurry to reach their destinations. Because of this callous disregard, a Missouri City motorcycle accident attorney can normally obtain substantial compensation for these victims in court. This compensation normally includes money for economic losses, such as medical bills, and noneconomic losses, such as pain and suffering.

Motorists who fail to maintain a proper lookout violate Chapter 545 of the Transportation Code. If an emergency responder gives the tortfeasor a citation, the negligence per se rule applies. Tortfeasors are liable for damages as a matter of law if they violate a safety law and that violation substantially causes injury.

However, many emergency responders don’t issue citations in these cases, even after a fatal accident. Many police officers and other responders believe traffic collisions are civil matters, and they don’t want to get involved.

Victim/plaintiffs must prove every negligence element by a preponderance of the evidence (more likely than not).

Comparative fault and the motorcycle helmet defense are probably the most common defenses in left-turn motorcycle crash claims.

Contributory negligence shifts blame for an accident from the tortfeasor to the victim. This doctrine might apply if the tortfeasor turned unsafely and the motorcyclist was speeding. If both sides are partially at fault, victims are eligible for compensation if they were no more than 49 percent at fault for a wreck.

Reach Out to a Savvy Harris County Attorney

Injury victims are entitled to significant compensation. For a free consultation with an experienced personal injury attorney in Missouri City, contact the Henrietta Ezeoke Law Firm. You have a limited amount of time to act.